Curse of Binding in Minecraft 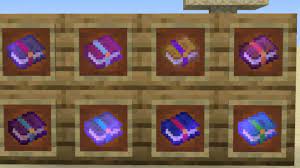 While many players assume that diamond is the pinnacle of weapons, tools, and armor in Minecraft, players can take things a step further with enchantments. These are powerful modifiers that can increase the efficacy of an item or make it harder to break. While they are almost always useful, there are a few enchantments that are more malicious in intent. These enchantments are referred to as curses instead, and one example of such a malicious enchantment is the Curse of Binding. Curse of Binding in Minecraft

Players curious about what the Curse of Binding does and how they can go about getting it should read onward. Curses take the entire concept of enchantments and flip it on its head. Rather than aiding the player that equips the item, a curse negatively affects the wearer. The Curse of Binding is one of the nastier ones that can be found in Minecraft, as it comes with a drawback that is incredibly difficult to circumnavigate.

How To Get Curse Of Binding?

What Does The Curse Of Binding Do In Minecraft?

When the player equips an item with the Curse of Binding enchantment, it is impossible to remove by normal means. There are only three ways to remove an item with the Curse of Binding, and only two of them can be done in a normal survival mode game. The first method is to simply wear the item until it breaks. This may take a while and can be a pain if the item isn’t very good (like leather armor or something), but it will work. Impatient players could instead opt to put their valuables in a chest and die, as this will also remove the item. Finally, switching to creative mode will allow players to remove the item normally.

Thankfully, items are only attached to the player once they are equipped, so it is vitally important for players to always read the enchantments on an item BEFORE equipping it, as once it is equipped it will become locked and unable for the player to remove. It is impossible to remove the curse from an item normally, so players will be unable to scrub any items clean of the curse using a Grindstone or Crafting Table. The only exception to this rule is a Pumpkin Head or Mob Head. If players place these items into the game world anThe Curse of Binding can be pretty annoying for players that encounter it, as it means they will have to either cheat or succumb to death in order to get rid of it, but it can be an absolute death sentence in a Hardcore run. Many players that load up a Hardcore world and are afflicted with a non-durability item that carries the Curse of Binding will find themselves essentially missing an equip slot. The only way to rid themselves of an item like this in Hardcore Mode is to cheat, or die, the latter of which will effectively end the run. This can be even more frustrating for those that are attempting a speed run and are a good distance into a potential run. Accidentally equipping an item with a Curse of Binding can be a massive mistake in these instances.

What Can Players Do With The Curse Of Binding In Minecraft?

Anyone that knows what the Curse of Binding does would obviously not equip the item, so players wanting to troll others with it will need to either choose an unsuspecting target or think outside the box a bit. Through the use of dispensers, armor pieces can be forcibly equipped on other players, so this could be used as a trap of sorts. One of the more interesting methods here is to put a carved pumpkin in a dispenser and link it to a pressure plate. When the player steps on it, they will have a Curse of Binding pumpkin on their head that limits their vision significantly.

This enchantment can only be found in books, so players will need to search chests, complete raids, fish, or trade with villagers to get it (only present in Java mode). Nevertheless, it can be a fun way to mess with friends, just be careful to read the enchantments of an item before equipping it or players run the risk of falling prey to that very same trick.

How To Get Rid Of Curse Of Binding?

Also, Read More:- Luck of the sea in Minecraft?

The Curse of Binding cannot be removed in Minecraft. The grindstone can only remove the enchantments but not the curses. The curse of binding from mob heads or carved pumpkins can be removed by breaking them. All these can be done only in survival mode.

In creative mode, the player can just remove the armour but the item will still have the curse.

In Minecraft, Curse of Binding has the following enchantment ID, level and Name values

Enchant Command for Curse of Binding

We hope that we have helped you better understand the mechanics of Curse of Binding in Minecraft and how to use it in the gameplay. If you ever have doubts then we hope that you refer to this article to clear them. The next time that you play Minecraft don’t forget to try this feature.

How to create a potion of slowness in Minecraft?