How to make an Iron Trapdoor in Minecraft 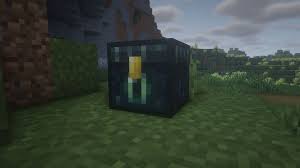 How to make an Iron Trapdoor in Minecraft –

Minecraft allows users to create a variety of products by combining various components. Trapdoors are one of the most helpful devices that don’t take a lot of resources to make. They may be found in shipwrecks and villages, where they are typically utilised as decoration adjacent to home windows. How to make an Iron Trapdoor in Minecraft –

The biome determines the sort of trapdoor that will appear in the settlement. There are nine different types of trapdoors in Minecraft, eight of which are built of wood. Aside from wood, players may also use iron ingots to make a trapdoor, although the crafting techniques are different. Users must lay six boards on the crafting table to make a wooden trapdoor, or four ingots if they want an iron trapdoor. The nicest thing about trapdoors is that they cannot catch fire, even if they are made of wood. As a result, players can utilise them to stop lava from flowing.

Use a trapdoor item while aiming at the block you want to attach it to to place a trapdoor. The attachment block can be removed without breaking the trapdoor once it is in place.

A trapdoor occupies either the top or bottom section of a block, depending on where the player placed the trapdoor. If you install a trapdoor on the top of a block, it will open downward. It opens upward when put on the bottom half of a block.

The “hinge” of a trapdoor is found on the block linked to it.

Pistons can be used to move trapdoors. Water and lava cannot flow through trapdoors. Waterlogged trapdoors leak water from all sides except the top [Bedrock Edition only] or the side obstructed by the trapdoor itself [Bedrock Edition only] (and the top) [Only available in Java Edition] Although lava can set fire to air blocks near to wooden trapdoors as though they were combustible, the trapdoors themselves do not ignite (and cannot be burned by other methods either).

When closed, trapdoors can behave as a solid block, allowing specific things to be put above or below them. When trapdoors are opened, they operate as a non-solid block, resulting in an area that cannot be placed. For example, lanterns can be put above and below the closed trapdoor [Java Edition only]. Lanterns cannot be placed under or on top of trapdoors in Bedrock Edition. It’s possible that this is a glitch, or that the feature of placing lamps under trapdoors isn’t yet accessible in the game. Other ornamental blocks are the same way (flowerpots, torches, and etc.).

Like other mob noises, the sound of a trapdoor opening and shutting may be heard up to 16 blocks away.

With a player or mob inside, trapdoors may be opened or closed.

In Java Edition, shutting a trapdoor one block above the ground while standing underneath it causes the player to crawl, and the player will continue crawling until they reach a block with two vacant spaces above it, at which point they will immediately stand. This may be utilised to reach little secret tunnels or terrain that is otherwise inaccessible. This feature isn’t accessible in the Bedrock Edition.

Trapdoors have a thickness of 0.1875 (316) blocks. If placed underwater and not waterlogged, the rest of a trapdoor’s area may be freely travelled through and offers a breathable environment.

Use the Use Item/Place Block control to open or close a wooden trapdoor. When a trapdoor opens or shuts, it changes its orientation quickly without impacting anything in the “passing through” region. Moving trapdoors do not have the same effect as pistons in terms of pushing creatures.

Only redstone power may be used to unlock iron trapdoors (a button, a redstone circuit, etc.).

This behaviour may be used by a player to set up mob traps.

Redstone power may be used to control both wooden and iron trapdoors.

A trapdoor is a redstone device that may be triggered by the following:

a neighbouring powered block, including above and below (for example, a block with an active redstone torch).

When a trapdoor is triggered, it quickly rotates around its hinge side to the open position. When a trapdoor is deactivated, it immediately reverts to its closed state. One game tick is required for each state change.

A player can still close an active wooden trapdoor, and it will not reopen until another activation signal is received.

Users must lay six boards on the crafting table to make a wooden trapdoor, or four ingots if they want an iron trapdoor. The nicest thing about trapdoors is that they cannot catch fire, even if they are made of wood. As a result, players can utilise them to stop lava from flowing.

How to make a Tripwire Hook in Minecraft –

How to create a suspicious stew in Minecraft?