How to Build a Snow Man in Minecraft 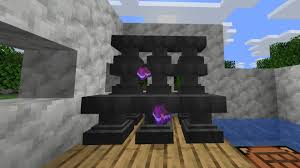 How to Build a Snow Man in Minecraft –

There is no way to make a static snowman in Minecraft, but you can make your snowman come to life. When you stack two snow blocks on top of each other and add a pumpkin, you create snow golems. If you put up a fence around the snow golem, it may be used as a typical snowman in your yard. Keep this snowman safe from wolves, skeletons, and other hostile things, since he will attack both hostile and neutral mobs. This article will show you how to construct a snowman, what materials you’ll need, and how to use a snowman. How to Build a Snow Man in Minecraft

Construct two snow blocks and stack them on top of each other to make a Snowman in Minecraft. Finally, for the snowman’s head, use a carved pumpkin or a jack o’lantern. The snowman will spawn and start moving about, leaving a snow path in his wake.

Materials Needed to Make a Snowman

How to Make a Minecraft Snowman

You’ll need two snow blocks and a pumpkin to make your own Frosty the Snowman. Pumpkins may be found growing in a variety of biomes, including icy biomes. Pumpkins can also be cultivated, so if you’ve discovered one, you may utilise it to start a pumpkin patch.

Snow blocks will almost certainly need to be built, however if you have a silk touch tool, you can use it to shatter any snow and gather the block. Otherwise, you may collect snowballs by hitting the top layer of snow with a shovel. A snow block is made up of four snowballs.

Four snowballs stacked in a 2×2 arrangement can be used to make snow blocks.

You can make a snow golem with two snow blocks and a pumpkin on top once you’ve collected your snow and have a pumpkin ready to go.

If you don’t like the pumpkin, shears can be used on the snow golem to unveil its face. You won’t be able to put the pumpkin back on its head if you don’t do this, so choose wisely.

Instead of utilising snow blocks, white wool or white concrete can be used to make a static snowman. The three various snowmen you may make as a design for your yard are shown here.

Also, Read More:- What  are the Health, Food, and Experience bars in Minecraft?

Shearing sheep can provide you with wool. 4 sand, 4 gravel, and a white dye are used to make white concrete powder. If you desire different colours of concrete powder, you may modify the dye hue.

Regular sand is required for this recipe; red sand will not work well. Place your concrete powder in a tower, pour water on top, and when the water comes into contact with the concrete powder, it solidifies into solid concrete.

In Minecraft, how do you use a snowman?

Snowmen have no use other than to be decorative. Snow golems assault adjacent hostile and neutral monsters, which might help draw aggro, but snowballs do no damage. Snow golems may be used as weapons against the blazing adversary, however they only do 1.5 full hearts of damage and are soon destroyed by the fireballs of the blaze. Use them for cosmetics or practicality, depending on your preference. Snow golems, on the other hand, may be employed as an endless source of snow. You may collect snowballs from anywhere the snow golem wanders.

You can continually shatter the snow that emerges underneath it for as many snowballs as you desire if you maintain it in a small enclosed environment.

Snowmen are simple to construct and may be completed in a short amount of time. Snow golems can also be utilised to provide an endless supply of snowballs. Anything you choose to employ has the potential to be a beautiful cosmetic feature. Snow golems may not be the most powerful protectors of your lands, but they aren’t built for fighting; they’re built for fun.

Congratulations, you now know how to make a snowman in Minecraft in a variety of methods. While snow golems aren’t the most combat-ready, they provide a beautiful touch to villages, towns, and yards. Snowmen are in the same boat. Either of these innovative additions can give your builds a breath of fresh air.

How to Use a Stonecutter in Minecraft

How to Use a Totem of Undying in Minecraft